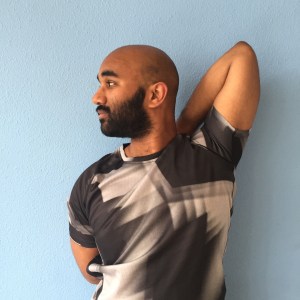 Roshan Sukumar began his yogic journey with a few classes in high school and enjoyed the sporadic class in the years after that, but it was only after moving back home to his native San Francisco Bay Area after graduate school that he really committed himself to a serious practice. Years of study as a classical bassoonist coupled with the irregular hours from working various jobs left his body and mind exhausted and stressed. Yoga became a place where he could feel centered and grounded. It was a safe place to explore pushing the boundaries of his physical body as well as a crucial tool in calming his mind, and he was able to accomplish many things he thought unimaginable. Two years into his practice Roshan decided to join the teacher training program at his local studio and has not looked back since. He began teaching soon after graduation and has discovered his passion for teaching and educating students. Roshan teaches with an emphasis on alignment and enjoys the challenge and creativity of creating new sequences for his students every week. In an effort to further develop his knowledge of the human body he has enrolled in a 500-Hour Certified Massage Therapist Program which he hopes to complete by the end of 2018. 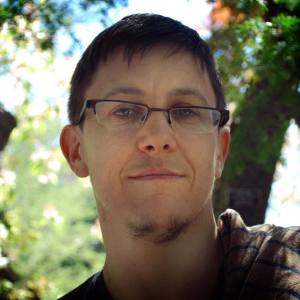 Jacoby Ballard, E-RYT 500, is a white working-class queer transperson who has been teaching yoga for 15 years and practicing western herbalism for 10 years. He is the co-founder of Third Root Community Health Center, a worker-owned cooperative holistic health center in Brooklyn that opened in 2008. He is also the National Program Coordinator of Third Root Education Exchange, the non-profit branch of Third Root, which conducts diversity trainings for yoga teachers around the country facilitated by a pair skilled yoga teachers and social justice facilitators. Jacoby is Faculty with Off the Mat, Into the World and on the Advisory Board of the Yoga Service Council, working within the dynamic interstices of justice and mindfulness. He has received training by Kashi Atlanta, Kripalu, the Northeast School of Botanical Medicine, the Dinacharya School of Ayurveda, the Lineage Project, Off the Mat, Into the World, Yoga for 12-Step Recovery, Street Yoga, Insight Meditation Society, and the Challenging Male Supremacy Project. Currently, primary inquiries in Jacoby‘s healing justice work is around balancing self care and community care. www.jacobyballard.com 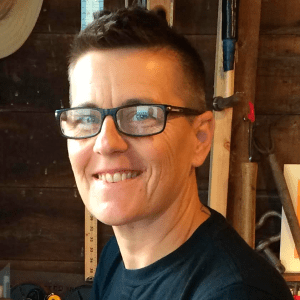 Skeeter honours the peaceful warrior nature that is uniquely revealed in each of us, on this journey through the different shapes that yoga can take. Skeeter’s purpose is to create a safe space for all students to arrive on their mat, practice the beautiful art of unfoldment and connection to true authentic self that is free of shame, judgement & self doubt.

Skeeter very much enjoys the emotional evolution that comes from the practice and the community it draws around itself. 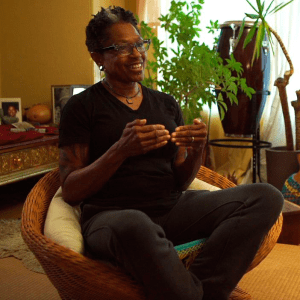 Richelle has studied and taught yoga in the Anusara style since 2003, when a major physical injury brought her to this practice. Over the years, she has studied with some of the most amazing Anusara instructors–Anusara founder John Friend, Katchie Ananda, and Jim and Ruth Bernhart.

Richelle combines her training with passion, love, and a great sense of universal union. Her martial arts, dance, and massage therapy skills together create her own unique style of teaching that provides students with a powerful yoga practice that builds strength, fluidity, and body alignment, while cultivating greater awareness of our connection to all things. Through her teaching and events like the twice a year women’s yoga and meditation retreats, Richelle seeks to diversify the yoga community, create inclusive practice spaces and facilitate healing and well-being for one and all. 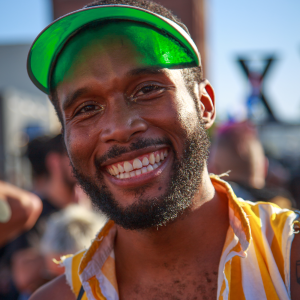 Meet Deontré Martin, yogi, writer, activist, and student of his queer Oakland/bay area community. Deontré is the founder of “i freaking love yoga”, a weekly, all-inclusive qtpoc-centered yoga gathering in West Oakland’s Lower Bottoms neighborhood. His connection to yoga began in 2006, realizing it’s potential for self-reflection after a particularly painful breakup. In 2008, Deontré dedicated a year to becoming a studio apprentice and completing a 200-hour ashtanga yoga teacher training. He enjoys the internal fire generated by asana and sees that fire as a tool to bring more clarity in our relationship to ourselves, our bodies, and those around us.

Chani Nicholas is a renowned astrologer, author, and former yoga facilitator. She weaves progressive politics, activism, and queer identity into her work.